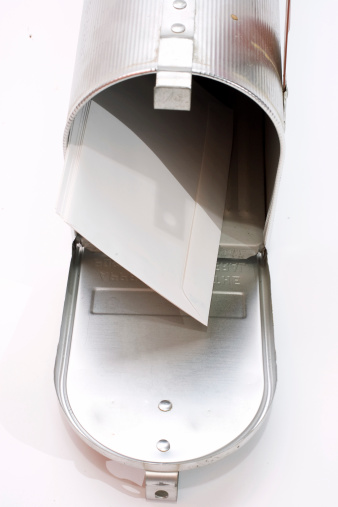 The article also states that as a Registered Investment Adviser (RIA), I advise clients to consider over time adding fixed annuities to your retirement savings to accomplish that same goal – having guaranteed lifetime income in retirement. I’m quoted as saying, “Our analytics suggest these [fixed annuities purchased over time] are very attractive vehicles versus variable annuities with living benefit guarantees. They’re very transparent and very low cost, and the math works.” END_OF_DOCUMENT_TOKEN_TO_BE_REPLACED

Increase Replacement Ratio from 50% to Over 80%

In an earlier blog I reported on the recent study by the Pew Charitable Trust, which suggested that Gen-Xers (born between 1966 and 1985) were hit hardest by the Great Recession. I discussed that study with several radio hosts, including Jiggy Jaguar.

While I want to avoid the challenge of “dueling analyses”, I found the results from the study intuitively too pessimistic, and decided to test that result using our Savings2Income (S2I) retirement planning tool.

Rather than looking at a whole range of individuals, we looked at a hypothetical Gen-X couple, both age 45 and working, with $75,000 of savings, and wages of $70,000 per year. We found that we could develop higher SIRs than the 50% in the Pew study – in fact above 80% – if our Gen-X couple did the following:

There are, of course, challenges to achieving the plan, such as:

Can they afford to and have the discipline to set aside 9% of wages into savings year after year?

Will they be healthy enough to continue working after 66, and will work be available for them after age 66?

Will the economic assumptions as to returns, interest rates and inflation be achieved?

One radio host said that I’m one of the more optimistic financial guests he’s had on his show. However, without that optimism, hopefully not misplaced, the outlook might be pretty dreary for average Gen-Xers.

Part 2 – How to Optimize Your Spendable Income in Retirement

In Part 1, I mentioned that I was interviewed by Ed Tyll, on TalkRadioX.com and gave his audience a few simple ideas on how to maximize an investor’s after tax income in retirement.

One of these ideas is that wherever possible withdraw principal rather than interest. Withdrawal of principal is not taxed; interest is taxed at the highest rates. However, to accomplish that, there are two important conditions: avoid incurring any capital loss on the withdrawal of principal, and the interest earned has to be in a tax deferred account, such as a variable annuity. A no load variable annuity works best because of its lower fee structure.

I also mentioned that while certain income sources are potentially taxable, they can be offset by certain deductions, such as mortgage interest if you decide to continue carrying a mortgage into retirement.

You can use this idea as part of a broader strategy to create your own Plan for Retirement Income that takes into consideration all sources of income, and categorize these sources of income by tax attributes as follows:

Note: Nothing about Social Security taxation is simple – essentially, depending on the adjusted base amount for your filing status for that tax year’s total income, up to 85% of your Social Security benefits for that that year would be included when determining the total taxes due.

The key to an efficient Plan for Retirement Income is how one assembles these elements, based on an individual’s personal circumstances. As a conservative investor, my own plan produces an after tax yield of over 5%, and still, with an opportunity for growth of both income and capital.

You can learn more about low cost tax deferred savings and the Plan for Retirement Income methodology at Savings2Income.com

Recently, I was interviewed by Ed Tyll, on TalkRadioX.com about a CNBC.com article that discussed ways to generate tax free retirement income.

One of the key interview points I made was that the over-riding issue should be maximizing a retiree’s after tax spendable income rather than simply minimizing taxes. Here is a comparison:

Which of these investors would you rather be?

The CNBC.com article focused purely on specific “product solutions”. While I’ve been known as a product guy, optimizing spendable income is best addressed through a planning approach which integrates product solutions to reflect individual circumstances. A product only approach addresses the problem too late; planning should start at least 10 years before retirement. And tax-driven solutions don’t address the characteristics of the income you get. For example, is that income stable? COLA-protected? And perhaps most important, will it last a lifetime?

Here’s the approach you should consider:

In Part 2 that will follow in a few days, I’ll provide specific ideas that you can start using immediately. Be sure to watch for it.

Own a Variable Annuity (VA) With High Fees?

Having been “the father” of a number of variable annuity innovations, I know that these contracts were designed to be converted into lifetime retirement income. Until recently, most VAs were sold through commissioned sales representatives and had high annual fees. Now, VA investors have the opportunity to trade in their current high cost contracts to low cost, advisor serviced VA contracts.

Whether you are accumulating or drawing down savings, the average cost of a “plain vanilla” VA contract (no living or minimum benefit guarantee) – according to LIMRA, a life insurance industry trade association – is nearly 2.30% per year. When you add in the cost of a living benefit guarantee (LBG) in a VA contract, the average cost approaches 3.50% per year, according to Morningstar. These costs significantly reduce the potential growth of account value, which usually translates to a reduction in the amount of annuitized income that can eventually be received in retirement.

Let me suggest two immediate, easy ways to lower these fees right now: 1) a 1035 exchange from an existing non-qualified VA contract to a low cost VA contract, and 2) a “rollover” from a Rollover IRA VA contract to a low cost Rollover IRA managed account. The savings from either of these lower cost alternatives will compound significantly over time. For any living benefit guarantees you might give up in this exchange or rollover, you may way want to consider alternative ways to provide income protection.

The non-qualified VA contract you should consider for a 1035 exchange should no longer be subject to a surrender charge, and you should intend to hold the new contract for a reasonable period of time. To learn more about a special 1035 exchange program developed by Golden Retirement Advisors to assist with this transition to a low-cost VA, click here.

Having done this analysis on nearly every kind of VA contract over 40 years, exchanges to lower cost VAs are well worth considering.