The White House Conference on Aging that concluded this month was remarkable for its acknowledgement that too few Americans are assured of a secure late-in-life retirement. The conference did not, however, fully spell out how to solve the problems it raised.

The conference’s final report also concluded that the three-legged stool of Social Security, personal savings and employer savings arrangements is a little wobbly, putting millions of retirees in danger of running out of money in old age. In addition, as retirees age they often see their incomes fall and face unplanned medical and long-term care costs–thus magnifying the problem.

The Conference on Aging listed the favorable qualities of annuities, mentioning that income annuities “reduce the risks that retirees will outlive their savings or that their living standards will be eroded by investment losses or inflation.” END_OF_DOCUMENT_TOKEN_TO_BE_REPLACED

Consider These Facts When Your Advisor Dismisses a QLAC

As the relatively new resource for retirement income — called the “Qualifying Longevity Annuity Contract,” or “QLAC” — becomes more well-known, financial advisors are trying to determine whether to recommend QLACs to their clients. The result so far has been confusion about what a QLAC is designed to do and how it can be used to enhance a retiree’s confidence in late-retirement finances.

The point of a QLAC is simple. It provides an additional source of guaranteed lifetime income to retirees’ portfolios that enhances their ability to invest for growth while providing peace of mind from gaining a source of income that will last as long as they live. END_OF_DOCUMENT_TOKEN_TO_BE_REPLACED

Risky Business – Depending On Inheritance To Fund Your Retirement 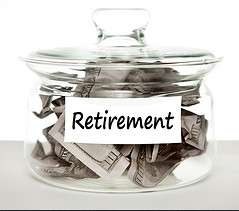 The key word in this equation is “hoping”.