What to pay retirees who delay Social Security

Especially during the political silly season, I suppose I should be accustomed to statements that are ridiculous or plainly wrong. But I find they drive me crazy, and compel me to respond to at least some of them.

A recent example was a September opinion piece in the Wall Street Journal. It argued that retirees who wait until 70 (instead of 66) to collect Social Security should not benefit from that delay with a premium that amounts to a 32% increase in monthly payments. 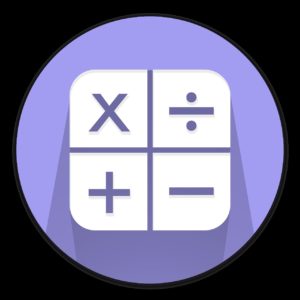 I decided to write a blog rather than respond with a letter to the editor, since I doubted the Journal would admit its vetting process was flawed, as pointed out below.

It has been long-standing policy that a retiree who would receive $2,000 a month at age 66 could increase his payment by $640 if he puts off collecting until age 70.

Economist Mark W. Hendrickson wrote in the Journal that the added 8% a year is a horrible burden on future generations because the money could be one of the factors that render Social Security unsustainable.

“As an economist, I agree that this is a fantastic deal for seniors,” Hendrickson writes. “Yet I can’t deny that it is also terrible for the rest of society. Social Security’s 8% annual ‘raise’ is economically indefensible and morally questionable. Politicians serious about reforming entitlements could start by rolling back this egregious policy.”

Here’s what drives me crazy: The writer’s math is out of whack. The government does not have to earn 8% each year to make those payments.

This is how I did the numbers.

First, the retiree who waits until age 70 to receive Social Security will not get any of that money ($2,000 a month in our example) for four years. Second, the government can theoretically “invest” the $24,000 a year to help finance the later, higher payments.

My rough calculations show, therefore, that when Social Security invests the total of $96,000 plus 4% compounded over four years, it will be able to pay the extra $640 a month, or come close. This calculation reflects that Social Security will also enjoy the “survivor credits” from those beneficiaries who don’t survive to age 70. And, the income one receives starting at age 70 has a smaller actuarial value because the beneficiary is four years older and has a shorter life expectancy.

The government is not giving you 8% — it’s crediting your Social Security “account” with approximately 4% per year.

We make the identical calculations when we decide whether to invest in a deferred income annuity: Invest a certain amount of money now to enjoy a guaranteed lifetime payment beginning at a future date. You relinquish the benefit of the money today so that it can build through investment and survivor credits and provide payments in the future.

The ‘fair and reasonable’ test

Hendrickson points out in his article that interest rates have been low for several years, making it impossible for the government to earn enough interest on its investments to fully pay for the 32% at age 70. It is true that interest rates are low now, but the government has to set its formulas for the long-term. Sometimes the implicit 4% crediting rate will be generous and sometimes it will seem penurious. But we shouldn’t change payouts for tens of millions of people based on a few years of data.

When I ponder financial questions, I think about what is fair and reasonable. In this case, rewarding a 70-year-old who forgoes Social Security payments from age 66 to 70 with a 32% increase passes the test of fairness and soundness – not just politically or sentimentally, but actuarially.

Retirement planning raises many questions, and Jerry is a resource for answers. Write to him at Ask Jerry for information that will help you make the best decisions for your specific retirement needs. And you can read Jerry’s proposals on how to reform Social Security here.