Taxes raise money for government operations, but they also sometimes serve to change behavior in society. Taxes on cigarettes are a well-known example because they tend to cause smokers to quit, especially when the taxes approach the cost of a pack. Society further benefits from a reduction in health-related costs.

I propose a tax change that would provide retirees with more spendable (after-tax) income and change financial behavior. 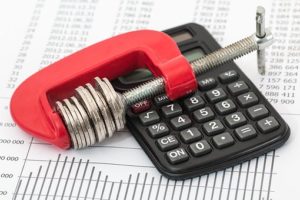 The tax decrease also would reduce the federal deficit. But before we discuss the benefits to the Treasury, let’s describe how retirees get their boost in income.

Many retirees are necessarily conservative in their investments in retirement, since they don’t have new savings dollars to make up for any losses when markets decline, nor time to wait for a recovery. Those conservative investments, like Treasury bonds and CDs, earn less than stocks over the long run, and generate less cash flow than riskier investments.

What people really need in retirement is more money, not less.

Here is what I would suggest to help retirees generate more income by changing their behavior.

A retiree who is 70 years old might decide to put most (70% is the recommended rule of thumb) of his rollover IRA money in conservative fixed investments earning an average of 3% today. In contrast, if the retiree annuitizes a portion of that IRA savings, he would receive about 8%. The tax collector would receive at least 2.5 times more tax revenue from that shift.

The IRS could simply keep 100% of that additional tax. But a decrease in the tax on that income would promote annuitization and give retirees more money to pay for late-in-life expenses like health care. It could also stimulate revenue growth and provide several other economic and societal benefits.

The concept works for retirees. The next step is convincing legislators that this would also be good for the overall economy.

Four benefits for the economy

Benefit #1: The government would generate as much or more revenue by encouraging annuitization.

Benefit #2: Retirees would have more money to spend, stimulating the economy.

Regarding #4, retirees with more income, for example, could afford in-home care and stay in their residences. They also might choose to put off Social Security payments until they are 70, which delays cash outflow from the system.

The tax authorities do this already in other areas. For example, by granting life insurance favorable treatment, death benefit proceeds are received income tax-free. The origin of this benefit, I believe, was to encourage individuals to buy life insurance as a way of protecting widows and orphans. Long-term care benefits are also income tax-free, again to ensure against a critical risk. Longevity is another actuarial risk that society will pay for one way or another.

A simple way to provide a tax break for the purchase of longevity insurance is to exclude a percentage, perhaps one-third, of annuitized payments from tax. Studies we’ve done show that approach is relatively neutral in terms of the total tax bill for a retiree’s retirement income.

To make sure this tax break is not abused, the exclusion could be capped. And the tax break could be provided for any form of annuitized income, including those offered through corporate or government pension plans, as well as income annuities offered by insurance companies.

This tax break and the higher spendable income, in turn, would encourage more workers to invest more of their retirement savings accounts.

What else does it take for win-win?

In addition to legislating this new approach for the IRS, investors and their advisors need to think differently.

Traditional advice to retirees focuses on asset allocation: divide savings into various buckets to balance risk and reward. I advocate that investors instead concentrate on income allocation. First, decide how much spendable income your savings can produce. Then decide how to create that income. This approach is also safe, and at its core produces lifetime, guaranteed income via the allocation to annuitized income.

Retirees often are reluctant to put part of their savings into annuitized income. They either imagine the stock market will produce more money, or they are afraid to bet on their own longevity.

A tax break on annuitized income might persuade more retirees to consider an alternative that would benefit them – and U.S. coffers.

Visit Go2Income for more ideas about how you can increase your retirement income and feel free to contact me at Ask Jerry with questions.