Wrapping up 2017 — and wishing for a retirement czar

An open letter to my U.S. senators:

I keep my preferences regarding Republican vs. Democrat to myself, but I have to admit I’ve never spent so much time talking about politics with my friends and spouse as I have in 2017. What a year! 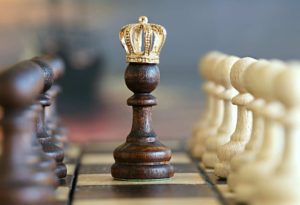 As the country takes stock and we head into 2018, I would like to share my thoughts with you about retirement — the area of government I’m most interested in both professionally and personally. The question is what role should the government play in encouraging retirement savings and providing income, healthcare and long-term care for those who aren’t able to save enough?

Based on my experience and research, “retirement” ought to have a seat at the table and have someone represent the interests of current and future retirees.

Retirement is important to everyone

With retirement, everything is connected

I have spent my professional life thinking about retirement as a life stage that requires careful and constant attention. I focus on policy, not politics, and policy regarding the Boomers, the second-largest cohort by age in the U.S. (behind Millennials), is wanting. As an actuary by training, I have studied products that can help everyday people address their greatest fear: Will I run out of money during retirement?

Creating government scenarios that promote and reward retirement savings is not simple. It involves, among other things, tax policy, Social Security, healthcare, long-term care, investment markets and interest rates. Even the best crystal ball will have trouble seeing through the fog.

A holistic approach to retirement policy is important because each aspect of the list above is intertwined. Change one factor and it affects all others. But the complexity is not a reason to ignore it.

Let me give you one example of where “retirement” was not represented in the tax bill just passed. When questioned why corporate tax cuts were permanent and individual cuts were temporary, a spokesperson explained that to make investments, corporations have to plan for the long term. What about the new retiree and spouse, both aged 65, who are looking at a joint life-span of close to 30 years? Seems to me that they have to plan for the long term too.

As another example, the bill would also limit the deductibility of interest for home equity loans. How many retirees use the equity in their house to bridge their work to full retirement?

Or in discussing the possibility of entitlement reform to pay for the deficits, one prominent Congressman suggested that the country needs more “births” to reduce the possible cuts in Social Security reform. In fact, government studies show that net immigration would help stabilize the Social Security fund much faster.

Respectfully, Senator, I would ask that you not leave the question of retirement to 100 senators and 435 members of the House of Representatives. We need a Retirement Czar.

A secretary for a Department of Retirement would have a big job. This cabinet-level administrator would develop plans to keep Social Security solvent, propose legislation for retirement savings plans that go beyond the 401(k), and strengthen the market for affordable long-term care.

The department would have the time and resources to develop proposals that the politics of tax, law-making and budget just don’t permit. Reforming Social Security, revising the tax code and reviewing regulations are just a few areas that could benefit from some outside-in thinking.

The Retirement Czar would be ambitious, optimistic and able to find a middle ground acceptable to the majority. This person would make decisions that affect millions directly, and the entire nation indirectly. Today, few issues are more important.

If you can’t wait for the government to make a move, take charge of your own retirement. Visit Go2Income and Income Power for more information.