With election season in full swing, the Republican and Democratic parties are running on platforms that explain how they would tackle difficult problems facing the country. I was particularly interested in their stands on Social Security. As the government’s most expensive program, which affects millions of workers and which faces the possible need to reduce payouts after 2037, leaders of the two parties will have to do something eventually.

What they choose to do would affect each of us in different ways, ranging from no change in our circumstances to 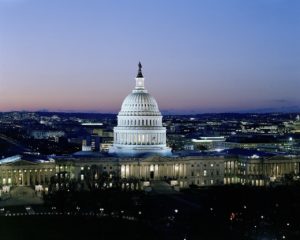 potentially large adjustments in lifestyle. I consider myself neutral in the political debate, beyond desiring a solution that doesn’t lead to calamity. With that in mind, I present both parties’ stances on Social Security in this article, and also examine some possible approaches that I believe would lead to financial health for retirees in a second article to be released next week.

When it comes to Social Security, here are my general principals:

This is what the Republican platform says about Social Security

While no changes to Social Security should adversely affect any current or near-retiree, comprehensive reform should address our society’s remarkable medical advances in longevity and allow younger workers the option of creating their own personal investment accounts as supplements to the system. To restore public trust in the system, Republicans are committed to setting it on a sound fiscal basis that will give workers control over, and a sound return on, their investments.

My opinion: The Republican position focuses on encouraging retirees to take more responsibility for their retirement in hopes of creating greater rewards. I’m all for that, but I also believe the government must protect Social Security’s benefits as a safety net. In other words, rather than turning Social Security into an investment account, we should create a universal IRA to supplement Social Security that would encourage savings. Helping people save for retirement, in addition to Social Security, will improve peoples’ lives.

This is what the Democrat platform says about Social Security

We will fight every effort to cut, privatize, or weaken Social Security, including attempts to raise the retirement age, diminish benefits by cutting cost-of-living adjustments, or reducing earned benefits. The Democratic Party recognizes that the way Social Security cost-of-living adjustments are calculated may not always reflect the spending patterns of seniors, particularly the disproportionate amount they spend on health care expenses.

We will make sure Social Security’s guaranteed benefits continue for generations to come by asking those at the top to pay more, and will achieve this goal by taxing some of the income of people above $250,000.

My opinion: While raising taxes may be necessary to keep Social Security solvent, I believe that initial efforts should be to reform the system. I also believe that any increase in taxes for the higher earner should be packaged with some benefit for that individual.

Next week, I will discuss my own ideas for Social Security and the future of this important aspect of Americans’ retirement.

In the meantime, if you have a question, write to me at Ask Jerry. I answer all questions myself.