Even if you aren’t a baseball fan, you might have heard that a splendid game was played into the early hours of Thursday morning. In it, the Chicago Cubs beat Cleveland’s team 8-7. In 10 innings! In the 7th game of the World Series!

And it was the first time the Cubs won the Series since 1908!

So what does baseball have to with this blog and its articles on income annuities? 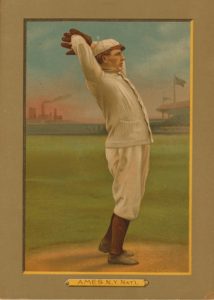 Sales of annuities really took off after the Great Depression as investors looked for safety, back when the Cubs’ curse seemed like nothing but a little run of bad luck. And baseball continued to draw fans throughout these tough years.

Although most of us won’t live to be 108 (this might be the only Cubbie World Series victory for us), plenty of people live into their 90s. In fact, the population of over-90s in the U.S. stands at about 2 million, more than three times the number of people who were 90 and older in 1980.

My question for you is this: What if you are one of those individuals who live to be 90 or older? Will you outlive your current retirement income plan? The guaranteed income that an annuity can provide may be just the solution you need to make your savings last through your final inning.

The Cubs championship drought was the longest of any team in major professional sports. Don’t wait too long before considering how an income annuity could benefit your retirement plan.

Need help figuring out your annuity needs? Visit Go2Income for personalized calculations that will match your needs.

« Answers on timing and safety of income annuities » Surprised by Election Results? Don’t Let it Happen to Your Retirement