Surprised by Election Results? Don’t Let it Happen to Your Retirement

As a longtime student of retirement products and planning, I’ve often been critical of most retirement calculators . I’ll go out on a post-election limb and say that it appears that most of the predictive election models suffer from similar limitations.

Retirement calculators supposedly help you determine how much money you need in the present to be able to enjoy retirement during an average lifespan. But the averages don’t work out for the situations of specific people, who aren’t average and whose lives are not governed by the assumptions built into the models. 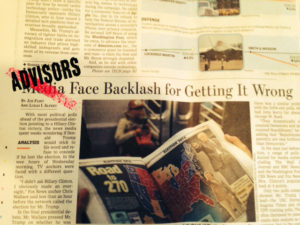 Likewise, numerous election polls this year talked to small numbers of people and then extrapolated based on “average” voter turnout and preferences among several different groups. Even some of Donald Trump’s own pollsters told him on Election Night that he was headed to defeat, based on their interpretation of the numbers.

The problem with probabilities

Like retirement calculators, almost all the election polls made predictions with a high degree of confidence that Hillary Clinton was going to win. They generally gave her a 65% to 85% chance of being the next president.

Were the calculations right? Or did we not know how to interpret probabilities?

In truth, only part of the problem lies with the pollsters. The other problem is with how people interpret the polls. Lots of Clinton supporters who heard 85% were thinking 100%.

The other problem is how polls use small numbers to predict large numbers. The best polls rely on interviews with fewer than 2,000 people who represent different types of voters – and are willing to participate in a poll. Then the mathematicians crunch the numbers and make predictions based on how people voted in past elections. A specific group may have voted this way in the last two elections, for example, so they probably will vote the same way in this election. 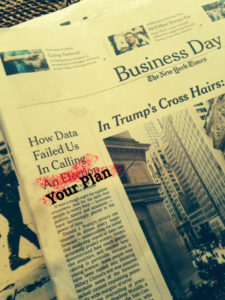 Turn the odds in your favor

Most retirement calculators are essentially the same. You input the amount of your savings and the calculator tells you how long your savings will last – if the future is a reasonable replica of past results. When something unpredictable happens, and the numbers don’t work as you expect, the personal consequences are definitely worse than when your candidate loses.

Why not increase the probability of your plan working? There are steps you can take to create predictable income that doesn’t rely on past performance of the stock market or politicians. For example, income annuities provide guaranteed income for life. A form of annuity called a QLAC takes the guesswork out of the second stage of a Two-Stage retirement.

You should approach your retirement the way a savvy presidential candidate takes on a national election. If you consider your aggregate savings (or the overall population) as the target to manage, you’ll often lose.

A better approach is to look at components of your savings (individual states) because they’re all different, and manage each of them based on their special characteristics. It’s more work but the goal is to optimize results for each state, within an overall plan that keeps the whole together. I have always been suspicious of retirement calculators, and until the pollsters figure out the flaws, I won’t believe in another poll, either.

If you would like to discuss your financial future with Jerry, drop him a line at Ask Jerry. He will personally answer your questions.