End of Decade Closes with Three Surprises for Retirement

An impressive year in the stock market concluded the decade with a bang, which means it is a good time to ask yourself, “Are my retirement plans better off in 2020 than they were a year earlier?”

Along with a Dow Jones above 28,000, we have witnessed two other noteworthy events: Advisory firms are developing lower-cost strategies to help you spend that stock market windfall in retirement. And the government has made it easier for employees to turn their savings into pension-like lifetime income.

All three events become valuable to you depending on how you view your retirement finances.

Did Congress Actually Agree on Something?

Yes, and it is called the SECURE Act. Congress and the president approved legislation (that I have long argued for) to allow 401(k) plans to more easily add annuities as a retirement plan option. Under the SECURE Act, retirement plans now have a “safe harbor” from being sued if annuity providers go out of business or stop making annuity payments. Now that it’s less likely they will be sued, employers may open up to annuities.

The legislation also requires employers to show once a year how much each employee’s savings would produce in terms of retirement income. That is an important bit of information – and something anyone can learn by putting their own numbers into the Income Power calculator at Go2Income.

One part of the SECURE Act that people are grumbling about is a change of rules that will allow the government to collect taxes more quickly on 401(k) and IRA savings left to heirs. Long before the act became law, I suggested a different way to provide a legacy for your heirs. It was to “die broke” in your 401(k) to help your heirs avoid those taxes, and to “die rich” in your personal savings, which mostly escape taxes at your passing. (By “die broke” I mean that in the long run, the income from a rollover savings account is coming from annuity payments and not withdrawals.)

Overall, the SECURE Act is good for people planning for retirement – an instance of government representatives working for our benefit.

Robo-income Solutions Announced: But Are They New?

The New Year has brought the usual onslaught of product claims from financial companies. One large provider is offering a low-fee “robo” (do it yourself) solution for what I consider a very traditional planning method of asset allocation/withdrawals/Monte Carlo simulation. That is the popular approach of dividing your savings into categories that usually include stocks, bonds and cash, and stress-testing to see how long withdrawals of these savings will last.

The problem, as I have often said in this space, is that asset allocation does not start with the most important aspect of retirement – your income. By not considering all the ways of generating income, including annuity payments, this method shifts the risk to you, and misses out on a lot of tax benefits.

Consumers can educate themselves by comparing the results of asset allocation and the different approach of income allocation, which helps you get the most retirement income from your savings. My conclusion is, robo-income planning is good because it maximizes the efficiency of a plan you create. Low fees are good, too. But the best robo plans move you away from de-accumulation and toward true income planning.

Market High at End of Year – How Much Better Off are You?

This could be the year that consumers not only celebrate and bank their savings but also discover the best way to make their money last through retirement.

The Income Power reports generated by Go2Income reveal the reality: most of us are only slightly better off than we were a year ago. That’s because

The result: Your Income Power is increased, but by a small percentage.

The only regret for some is that perhaps they didn’t invest enough and missed the boom in the market. The next regret for many may be overinvestment as the market corrects. I won’t try to predict the top or the bottom, and you shouldn’t either.

That’s why an Income Allocation plan works for most people, especially retirees. As I have shown recently, severe drops don’t materially affect the planned income of those who follow an approach of income allocation.

How the Three Events Tie Together

I invite you to visit the Income Allocation Tool at Go2Income to start your plan, ask questions and then, make some decisions about what is best for you and your family.

You might think I sound presumptuous when I say that a new era in retirement planning has begun.

But I plan to prove it to you.

A new retirement planning method, available here, demonstrates that by properly allocating the smartest sources of income, you can create more income, with less market risk — for the rest of your life. And you can do most of the research without an advisor.

Retirees and people planning for retirement can follow any number of paths. Most consider – or have been offered – only a fraction of them. Online tools, investment advisors and financial planners supply limited options.

Why? The biggest problem is that most retirement advice is geared toward asset allocation. Most tools can handle only a few strategies based on the allocation of assets, thus ignoring major categories of financial vehicles and leaving retirees with market risks. Advisors often guide customers to products that they are already selling. And many are not educated on all the ways retirees can create income security.

When you instead build your retirement on a foundation of income allocation, a new world opens up.

For most Boomers, the greatest fear in retirement is running out of money. Income Allocation logically focuses on allocations of income among dividends, interest, annuity payments and withdrawals (early in retirement) and between Rollover IRA and taxable accounts (for tax efficiency). The result is lifetime income, and more of it, and actually more liquidity. In the long run, you will also increase the financial legacy you can leave as well.

END_OF_DOCUMENT_TOKEN_TO_BE_REPLACED

We need a few good retirees!

We are about to add the first of a series of new income planning tools to the Go2Income.com site. It will allow retirees to design an income allocation plan tailored to their personal circumstances.

I have been writing about income allocation for a while. This approach changes the retirement planning paradigm and addresses your need to create more income with less market risk. For the rest of your retirement. 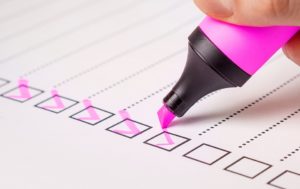 Income allocation is a different approach than you will hear from most financial advisers. They talk about asset allocation, which places your savings in different buckets – stocks, bonds, etc. – from which you can withdraw money until you reach a certain age. If you live longer than that, you have to talk to the kids about moving in with them.

With income allocation, you decide now how to generate your income from investments and from income annuities. The income annuities are important because they offer guaranteed income for the rest of your life. As I wrote here, an income allocation plan also enables you to allocate a smaller amount to higher-risk withdrawals. In fact, you may be more likely to stay the course when you know a check will be deposited into your bank account every month.

Help us help others

We are inviting you to learn about the planning method while it is still part of what we call a “beta release.” You can test it before it’s available to the general public. Register here if you’d like to participate in this test.

After reviewing the income allocation educational materials and tool on the Go2Income site, we would greatly appreciate if you take a few minutes to complete a brief survey at the bottom of Income Allocation/Step 3.

We will use your feedback to improve the tool and educational support, as well as helping us design other Income Planning tools we add to Go2Income after that.

We are hoping to learn whether our site does a good job of explaining income allocation. What changes should we make to the educational materials? Are the tools and results clear? Does income allocation make sense to our subscribers?

With your help, retirement will be changed forever.

Many experts tell you to base decisions on your “gut” reaction, and often that is a good and accurate way to make up your mind, such as when you meet a politician face-to-face for the first time or your daughter brings home a new boyfriend. 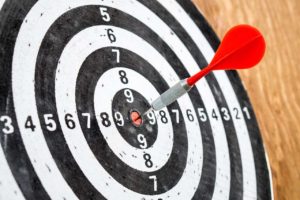 But when you are making decisions about your financial future, it’s usually better to rely on reason and fact, such as numbers that you can calculate. After you have looked at the analysis and the potential results, you can make a decision that fits your life and personal preferences. END_OF_DOCUMENT_TOKEN_TO_BE_REPLACED